It is estimated that human beings first began wearing shoes during the Middle and Upper Paleolithic Period, approximately 40,000 years ago.
Early shoes were made of plant fiber materials or soft leather that wrapped around the foot resembling sandals or moccasins.
It was not until the 1800s that men’s and women’s shoes began to differ in style and design. Before 1830, both men’s and women’s shoes were made using ‘straight lasts’ with no differentiation between the right and left feet.
Like so many other clothing categories, footwear indicates one’s social and economic status as well as occupation or profession. The shoes in this collection reflect the life experiences of those who walked in them and built the community we live in today. 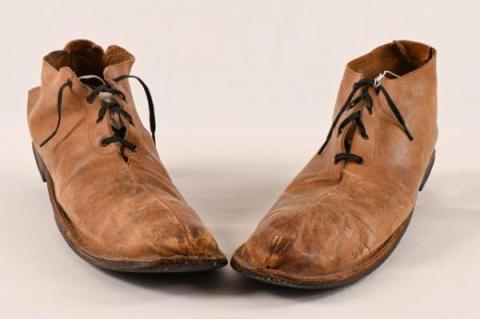