Robert Hugh O'Neil was born June 17, 1863 in New York State, the son of Irish immigrants Powdered O'Neill and Rosanna Sloane O'Neill. After his father died, the family moved to Mansfield, Richland County(?), Ohio where he married Agnes Isabella (Belle) George September 17, 1887. Two sons were born to them in Mansfield: George Edward O'Neill was born September 7, 1888; Robert Harold O'Neill on July 15, 1890. Both boys were known by their middle names throughout most of their lives. Sometime after Harold's birth the family moved to Grants Pass, Oregon where Belle died on July 18, 1895. In searching census records and hearing family stories, it appears the two boys returned to Mansfield, Ohio to live with their paternal grandmother. Robert Hugh appears in the 1900 census living in a boarding house in East Orange, New Jersey. His occupation is listed as salesman. By 1905, he had moved back to Grants Pass where he married Emma Jeanette Aitcheson. Their son Hugh "Sandy" O'Neill was born there October 24, 1905. The 1910 Federal Census lists Robert as operating a furniture store in Grants Pass. By 1914, the family had relocated to Portland, Oregon, where the city directory shows them living at 767 Kelly Street. Robert is listed as an inspector for the SP&S Railway. Later census records show him working as a deputy sheriff for Multnomah. He died in Portland on January 5, 1932 and is buried at the Lincoln Memorial Cemetery on Mount Scott. Additional information in SOHS Biography Vertical File Data provided by Kylie Pine, great-great granddaughter, 11/2012. 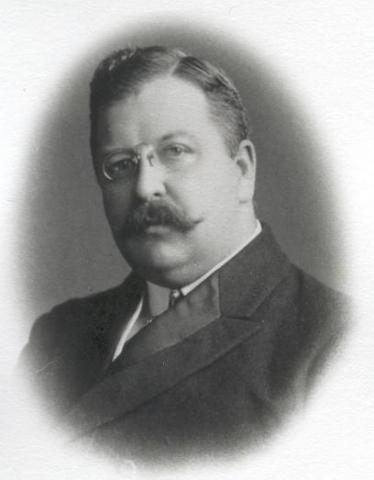