His diary reflects Welborn's surroundings in the Rogue Valley, the weather, crops, political events, social events, and Indian affairs. Welborn's father came from England with his wife Ann to Ithaca, NY in 1830; then to La Salle Co, IL in 1833, and with a wagon train to Rogue Valley in 1853. John was known as an abolitionist and helped fugitive slaves escape to the north on the underground railroad before he came to Oregon. His writings and speeches in support of the Indians made him unpopular with some, and put his life in jeopardy. Left Rogue Valley for the east in 1856, publishing "A Plea for the Indians" in 1857. John returned in 1867 and died in 1889. Welborn expressed support along with his father for abolition of slavery and pro-Indian sympathies. 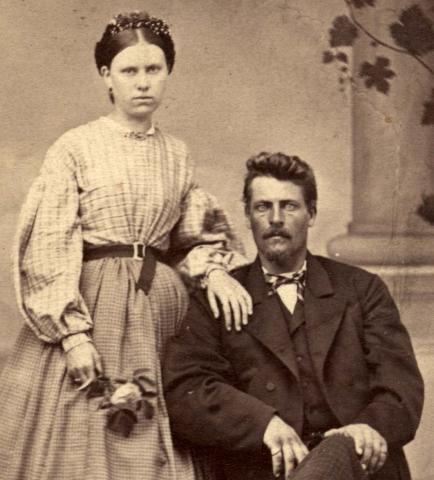