John Beeson was born September 15, 1803 in Lincolnshire, England to James and Ann Beecroft Beeson. During his lifetime, he lived in England, New York, Illinois and Oregon. He was a confectioner, a farmer and traveling lecturer and also dabbled in phrenology, publishing and hydrotheraphy. He is best known as a proponent for the human rights of Native Americans. Beeson immigrated to the United States in 1830 to Ithaca, New York and then moved to Illinois which became a stop on the Underground Railroad before the Civil war. Beeson came to Oregon in 1853 but had to leave the state in 1856 when he was threatened because of his desire to make peace with the Indians during the period known as the Rogue Indian Wars, which resulted in removal of Native Americans from southern Oregon to a reservations to the north.  Beeson's wife, Ann Welborn Beeson (12/09/1828) and son Welborn (born July 22, 1836,) stayed in Oregon. A daughter, Frances had died as an infant. In 1857, John Beeson authored a book, A Plea for the Indians. He began the The Calumet, an Indian rights journal; however, only one issue was published. He was a member of the board of directors for the American Indian Aid Association and worked with the Indian Rights Association, the Women's National Indian Association and the Universal Peace Union. In 1885, Beeson participated in a petition to Congress for funds to aid Indian education. He also aided tribe representatives on lecture tours. In 1861, Beeson met with President Abraham Lincoln to discuss the Indians. Beeson returned to Oregon in 1865 but left again in 1867. He returned permanently in 1880. His wife, Ann Beeson died in 1866 and is buried in Stearns Cemetery in Talent, Oregon. He died March 21, 1889 and buried beside his wife. SOURCES: SOHS Vertical file newspaper clippings; Oregon Outcast: John Beeson's struggle for Justice for the Indians 1853-1889 by Jan Wright 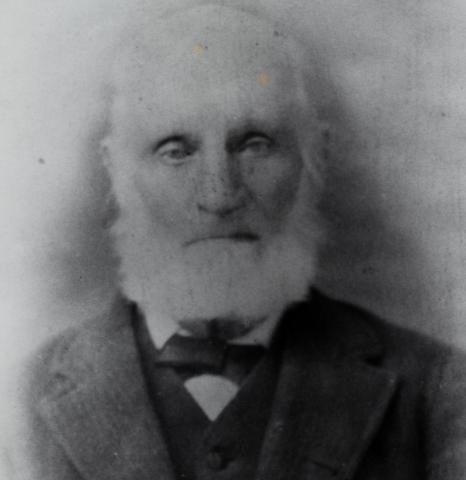