Lindsay Applegate was born in Kentucky. He married Elizabeth in Missouri in 1831 and had 6 children there. They came west to Oregon with brothers Jesse and Charles in 1843, and farmed in the Willamette valley until 1859. In 1846 he joined a group that established the Applegate Trail. Applegate moved to southern Oregon around 1859 and ran the toll road in the Siskiyou Mountains with son Ivan, but spent time as an Indian agent at Fort Klamath until about 1866. He then retired to his farm in Ashland, where he lived until just before his death in 1892. He moved to Klamath County in early 1892 to be with family. He died in Swan Lake Valley. Sources: vertical file. Oregon Sentinel 05/11/1867, 3-1. 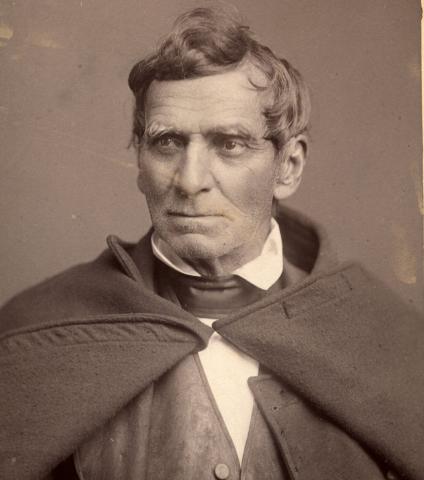