Kaspar Kubli was born August 8, 1830 in Canton Glarus, Switzerland. In 1852, he immigrated to the United States, landing in New Orleans, LA. He came to Jacksonville, OR in 1853 and that year and the next, he mined on Jackson Creek. His claim was near Jacksonville NW Q, section 5, T37S, R3W. In 1855, he went into the packing business between Jacksonville and Crescent City, CA. with Peter Britt and Viet Schultz. He later farmed and raised stock in the Applegate valley. In 1872, he purchased the "Hardware and Tinsmith Shop" in Jacksonville, renamed it the Kubli and Bolt store and owned it until his death May 16, 1897. He was Jackson County Treasurer on the Democratic ticket, a member of the International Order of Oddfellows, table Rock Encampment, of the IOOF Ruth Rebekah Lodge, the Banner Lodge of the Ancient Order of United Workmen (A.O.U.W.). In addition, he was the Grand Lodge Grand Patriach of the A.O.U.W. in 1893. SOURCES: MS 379 Obituary JV Museum Records &7 Marion D Ross Wallings, Mineral Resources of OR Vol, No 5 Aug 1917 A.N. Winchell 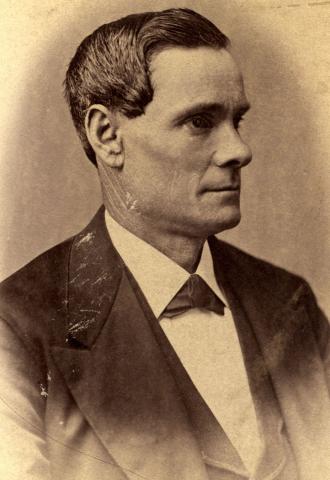