Quoted from the Mail Tribune Online Edition, May 28, 2003: "Robertson E. Collins Robertson Robby E. Collins, 81, of Singapore, formerly of Jacksonville, died Friday (May 23, 2003). Services were held in Singapore Saturday for friends, and the family held a private gathering in Jacksonville. There will be a broader celebration of his life in mid-August in Jacksonville. The family is setting up a Robertson Collins Memorial Fund that will focus on historic preservation in Jacksonville. He was born Sept. 28, 1921, in Riverside, Calif., to Joseph E. and Charlotte R. Collins. Collins grew up in California and graduated from Stanford University. He served in the Army Air Corps in World War II. He moved to the Rogue Valley in 1948, and he and his brother, Edward H. Collins, owned and operated Mount Pitt Co., and Loading Service Co., both in Central Point. He moved to Jacksonville in 1962 and spearheaded opposition to a four-lane highway intersecting town and was instrumental in Jacksonville's National Historic Landmark designation. He was vice chairman of National Trust for Historic Preservation and served on many boards, including the Southern Oregon Historical Society and the Historic Preservation League of Oregon, and was the past president of Oregon Shakespeare Festival. In 1980, he received the University of Oregon's Distinguished Service Award as a leader in the preservation of Jacksonville and in 1983 received the Distinguished Preservationist Award from the governor. He was a member of the International Council on Monuments and Sites and the United Nations Educational, Scientific and Cultural Organization (UNESCO), and was a teacher and consultant on historic preservation in Singapore, Australia, Thailand, Fiji, the Philippines, New Zealand, China, Nepal, Hungary and other countries. He was author of a book titled A Disorderly Excursion. He is survived by his brother Edward, Medford. He was preceded in death by two sisters, Janet Stark of New York and Connecticut and Charlotte Maddux, who lived around the world and died in Texas. Sources: SOHS vertical file. 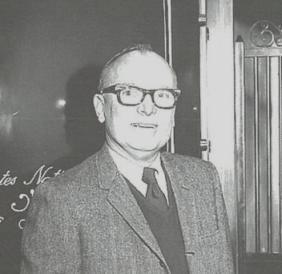