Marian B. Towne was born December 6, 1880 to William F. and Mary Ellen Stockberger Towne in Sterling, Oregon. Later the family moved to Phoenix, OR. For five years Towne served as the assistant to Jackson County Clerk W.G. Coleman, reading and filing legislative bills. She decided she was capable of serving in the Oregon Legislature and so, in 1914, ran for office. Especially interested in juvenile court reform, social betterment and efficiency in government, she campaigned by visiting homes and listening to people. She won the election served one term. After she attended the University of Michigan Law School for one year, she returned to the Rogue Valley and signed up for the Yeomanettes, women who served in the U.S. Naval Reserve force during and immediately after World War I. She served as chief yeoman and applied for officer status but was told the Navy would never have women officers. However, she was already among the first Navy non-commissioned officers. After working briefly for the Washington State Health commissioner, Towne moved to San Francisco where she worked for the California Bar Association and, during the Depression, for the Women's Division of the San Francisco Public Welfare Department. In 1957, she returned to Phoenix to live in the family home at 120 Second Street in Phoenix where she died February 16, 1966 Table Rock Sentinel, March, April 1990, p. 5-6, Waldron, Sue "Marian B. Towne; Oregon's First Woman Legislator" Mail Tribune Obituary - Feb, 17, 1966 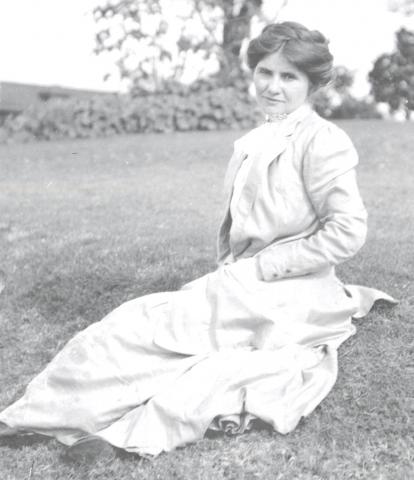