Regina Dorland Robinson was born November 5, 1892 in Jacksonville, to Dr. J.W. Robinson and Matilda Miller Robinson. She was educated at the Covenant of the Holy Name in Jacksonville and early in life, she studied art with Peter Britt. The SOHS Archives includes lovely sketches that Dorland made as a student.
In 1910, when she was 18, Dorland went to Philadelphia to study art with Henry H. Rittenberg at the Academy of Fine Arts. In 1911, Dorland and her mother moved to Oakland, California, to further Dorland's career and training. The Robinsons returned to Jacksonville in 1915, and plans were in place to exhibit her paintings in the Portland Art Museum.
Sadly, Dorland married C.E. Pearson, a traveling salesman from the Yale Lock Company of New York, in Portland, OR. The marriage was short-lived with the couple divorcing January 9, 1917, a mere two and a half months after the wedding. Dorland apparently committed suicide on April 5, 1917.
During her short life, Dorland was an accomplished artist, using oil, watercolor, charcoal, pastels and gouache. She did several specialty portraits and many landscapes and still lifes. Her legacy lives on in her paintings and in the beautiful book by Dawna Curler, A Lasting Impression. To view photos of her paintings, visit the SOHS Online Catalog. 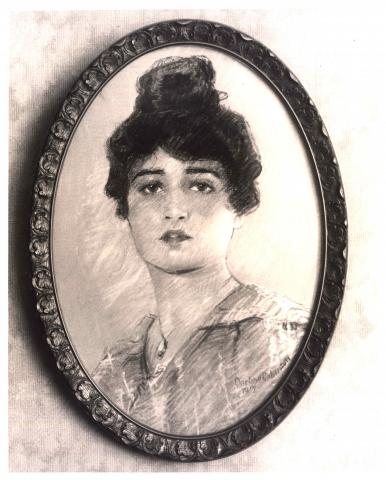