Dr. Robinson arrived in Jacksonville in 1875. Dr. Robinson’s first wife, Dr. Ella Ford of Salem, died in Salem 1879, eight months after their wedding. Robinson married Tillie in 1882, in the Masonic Temple in Jacksonville. Of their three children, only Dorland survived into adulthood. In addition to being a doctor, Robinson operated a drug store and served as mayor (1892) and councilman (1888) of Jacksonville. He also served as war revenue tax collector. Robinson retired in 1921. 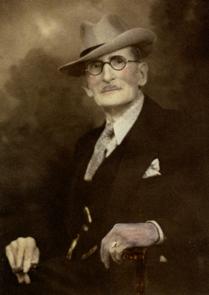