Robert W. Ruhl was born January 21, 1880, in Rockford, IL. He was educated at Phillips Andover Academy in Massachusetts. He graduated from Harvard College, where in 1903 he served on the staff of The Crimson with Franklin D. Roosevelt. He worked as a reporter for the New York Glove from 1903 to 1908, and in 1908, he served as editor for the Rockford, IL Daily Republic. In 1910, Ruhl married Mable Works. They had four children: Roxanne, Alicia, Ann and Robert (Roddy). Their son died in childhood. By then, Ruhl was a writer for The Spokesman Review of Spokane, WA. In 1911, Ruhl moved to Medford, OR to edit the daily paper that soon became the Medford Mail Tribune. In 1919, Ruhl bought the paper from George Putnam, who favored progressive reforms and exposed political scalawags. Ruhl was editor of the paper from 1911 to 1958, when Eric Allen became editor and Ruhl remained as publisher. Ruhl's first campaign was against the Ku Klux Klan, who had proposed the anti-Catholic "School Bill" referendum. Because of this stand, the Tribune lost advertisers and subscribers. Ruhl also played an important role in the episode later called The Jackson County Rebellion, in which the Tribune condemned the Good Government Congress, a grassroots, antiestablishment movement. A GGC leader, Llewellyn Banks, shot and killed a police officer, George Prescott, rather than face arrest for ballot tampering. The Mail Tribune was awarded the Pulitzer Prize for Public Service in 1934 for Ruhl's "Liberal and vigorous editorials against local so-called "good government congress". (Ruhl obituary, Ashland Tidings, 8/22/1967) For a time, Ruhl was a stockholder in radio station KMED; from 1935-1945, he was a member of the Oregon State Board of Higher Education, president of the State Editorial Conference of The Oregon Newspaper Publishing Assoc., and a member of Sigma Delta Chi, the professional journalism honorary fraternity. In 1958, he was award the Amos T. Voorhies Award, given by the Oregon Newspaper Association . Ruhl's wife Mabel sold the Medford Mail Tribune to the Dow Jones/Ottaway Newspapers Inc. in 1973. SOURCES: Vertical file MMT August 22, 1967 Pacific Northwest Quarterly, April 1992, vol. 83, No. 2, p. 42 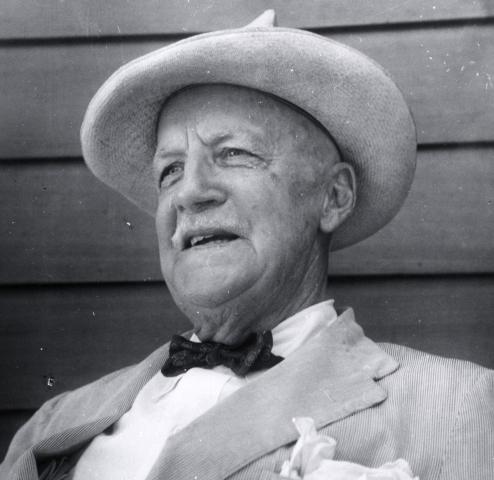