His first job was field surveying for Siskiyou Power and Light Co. In 1916-18 he was superintendent of construction of Copco # 1 dam and power house. Engineered and built Link River dam in Klamath Falls to regulate Upper Klamath and make feasible the marshland reclamation. In the 1980's an 90's he investigated the hydroelectric potential of the Rogue, Klamath, and Umpqua river basins. Became president , general manager, and chief engineer of Copco.. In 1941 he guided the company in its expansion on the North Umpqua river in a stair-step series of 8 power plants. In the 1950's Copco reviewed his earlier surveys of the Klamath and with the agreement of the Bureau of Reclamation, it built the J.C. Boyle dam and power house, completed in 1962. In 1961 he was named director and vice-president of Pacific Power and Light. He wrote a book about his career "50 years on the Klamath." Chairman of Jackson County Civil Defence during WW II. Chairman of Medford Library Board when addition was built. On Girl Scouts Camp Committee when Camp Low Echo was built at Lake of the Woods. Also active in: Remora Golf and Country Club in Klamath Falls. Klamath Falls Rotary and the C. of C. Oregon Fax and Research. Umpqua National Forest Advisory Committee. Oregon State Board of Engineering Examiners. Jackson County Budget Committee. Providence Hospital Advisory Board. Girls Community Club. Vertical File MMT 02/01/1979 Obituary, Mega Index J.C. Boyle collection 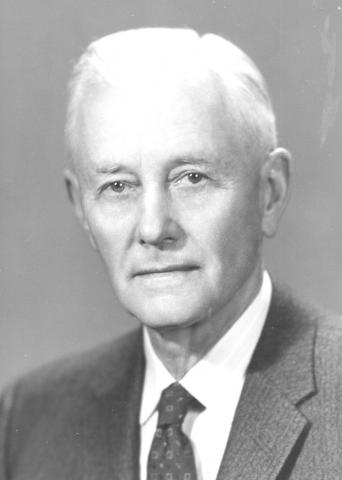