Seely Hall was born in Central Point in 1893, the son of Court and Mabel Clara Hall.Seely tried his hand as a projectionist at the Savoy Theater on Front Street, drove early auto taxis to Crater Lake, and sold and financed automobiles. He also played a role in the opening of Medford's first auto camp, the forerunner of the modern motel, at Merrick's Natatorium.
But it was the lure of aviation that truly captured Hall's imagination. When the United States entered World War I, Hall volunteered for the Army Air Corps. In 1919 Hall, in partnership with Floyd Hart, another ArmyAir Corps pilot, and attorney Frank Farrell, purchased the region's first locally owned aircraft, a surplus Jenny they named the Mayfly. To raise the required funds, the three men sold shares in the plane for $100 each. The stockholders list read like a who's who of Southern Oregon.
When Vern Gorst organized Pacific Air Transport in 1925, and bid for the contract to carry airmail on the West Coast, he was ably assisted by Seely Hall. The following year, when Medford's Newell Barber Field (near the present site of the South Gateway Fred Meyer) welcomed the first airmail flights in the state of Oregon, PAT's local manager was Seely Hall. When Medford'sf1rst municipal airfield became obsolete, Hall served on the committee that selected the Biddle Road site for a new airport, and worked tirelessly on the campaign to pass a bond issue for construction. The bond was approved by a ratio of more than twelve to one.•
Pacific Air Transport eventually evolved into what is now United Airlines, and Seely Hall earned a series of transfers and promotions to the position of general manager of ground services.During World War II, Hall was placed in charge of all civilian flight operations in Alaska and the Pacific. He would retire in 1958 as United's vice president for western operations. Hall's retirement would not last long. With the airlines making the transition to jet aircraft, Hall was called out of retirement to assist United in expanding its ground facilities to accommodate the new aircraft. In 1978 he was awarded the Billy Mitchell Award by the International Northwest Aviation Council. (excerpted from Seely Hall: Jackson County's Father of Aviation, by Bill Alley. Southern Oregon Heritage Today, v. 2. no. 4, April 2000, p. 14.) 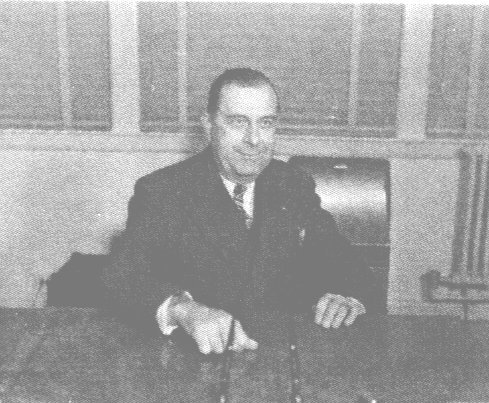