Lynn Sjolund contributed to the Rogue Valley's musical landscape in multiple official capacities from 1951 through 2013. He not only taught music, but he founded the Rogue Valley Chorale in 1973 and directed the Chorale for most if its first 40 years; played violin with the Rogue Valley Symphony for five years; and served for a year as the first Craterian Ginger Rogers Theater Interim Director. In addition to providing music to southern Oregon, Linn Sjolund served for ten years on the Leadership Council of Oregon Community Foundation; served First Presbyterian as an elder and choir director in the 1960s, and is a Paul Harris Fellow in the Medford Rogue Rotary. Mr. Sjolund served twice as President of Oregon Music Educator's Association. He and his wife Doris, who is also very musical and very involved in community service, spent three years in New Orleans after he retired from teaching, to work at Loyala University. "It was like living in another country", according to Lynn, and they returned to Medford. Sources: Lynn Sjolund takes a final bow, Medford Mail Tribune, April 25, 2013 Information provided by Doris and Lynn Sjolund 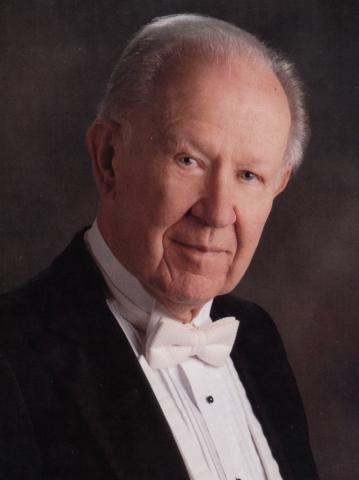