He had command of a unique party of Indians called "the axe and rifle company." This group cleared the way for a pioneer road to bring through from the Dallas to Fort Klamath a wagon train laden with supplies and beef cattle, marking the beginning of operations under the Treaty of 1864 with the Indians of the Klamath Basin. For some time prior to the Modoc War Capt. Applegate had charge of the Yainax Sub-Agency, located on the Sprague River about 40 miles east of the Klamath Agency on the reservation. Near Yainax was the main body of the Modoc tribe under the famous old chief Schonchin. Refusal of his haughty sub-chieftain, known as Capt. Jack, to accede to compliance with the treaty and remain on the Klamath reservation caused the Modoc War. During the Modoc War (1872-1873) Captain Applegate had an active part, both as captain of his company and serving as counselor and liaison officer for the United States Army officers who were in command in the field. It was against his advice that general C.E.S Canby accepted terms of Captain Jack for a conference at which no member of the official party was to be armed, a condition which Capt. Jack violated with the resulting assassination of General Canby. In 1898 Captain Applegate took charge of the Klamath Reservation as U.S. Indian Agent and after 5 years became superintendent of the agency and training school, a position in which he served 2 years. He resigned to devote his attention to private business. Captain Applegate's extensive collection of letters and papers has been given to the University of Oregon's Library. Source: Vertical files 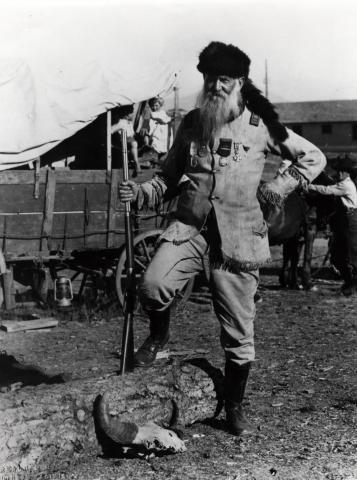