L.G. was born in Harrisburg, PA. and came to Portland, OR at the age of 18. Morthland moved to Medford in 1928 and in 1930 he opened the first flower shop in Medford. In 1945 he sold the flower shop and in 1948 was elected Jackson County Commissioner serving 8 years. The Court House Annex was built under his administration and his name is on the building. He was President of Civil Defense in 1950 and also the Court No. 1 Bailiff until a heart attack forced him into retirement in Mar. of 1970. Morthland was a member of many clubs such as the Elks and Eagles as well as being a board member for the Historical Society. He was instrumental in recovering the JV Court hours for the present JV Museum. 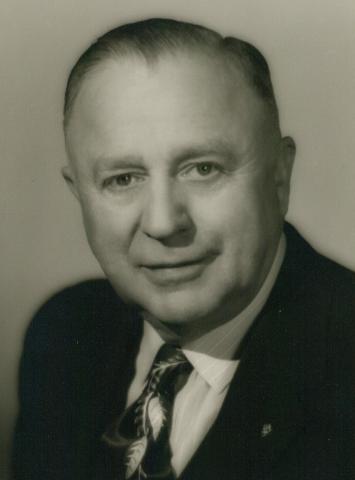