Emil Britt was born,lived, and died in the Britt home in Jacksonville, Oregon. He was the son of the locally famous photographer, Peter Britt. His mother died when he was 9 years old and he was raised by his father, along with this sister Mollie and his half-brother, Jacob Grob (born 1854). On the day of Emil's birth his father planted a sequoia tree which still grows in what is now Britt Park. At the age of 20 Emil traveled to San Francisco to study photography, returning the following year to work with his father. Emil was a financier,an avid gardener and horticulturalist, and was recognized for his more than 56 years as a voluntary weather observer for the National Weather Service. He was an active Mason for more than 50 years and was elected to the Jacksonville City Council in 1895, a position which evolved into many years as Jacksonville Mayor. After his father's death in 1905 Emil and his sister Mollie maintained their father's photography studio as a museum for many years. Emil died prior to his 88th birthday in 1950. In a 1962 article in the weekly Jacksonville Sentinel he is described by editor R.E Lowe as "...often overshadowed by the dominant (sic) personalities of his father and sister. Emil was a short, rolly-poly, good natured person..." Sources: SOHS Vertical File, death certificate, federal censuses, The Lodge: Jacksonville Masonic Fraternities, by Henry H. Halvorsen and Marguerite Black, c.1990 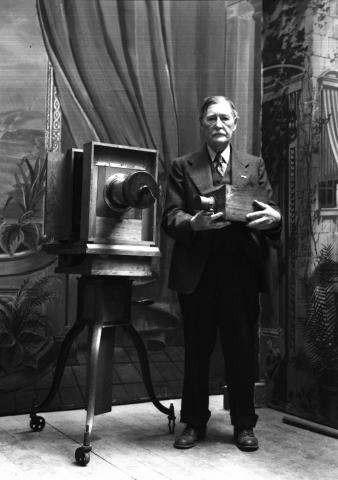