John Trudeau, founder of Jacksonville, Oregon's Britt Festival, a summer festival of classical and popular music, the first of its kinds in the Pacific Northwest, was born in 1927. He graduated cum laude from the New England Conservatory of Music and came to Portland, OR to join the Oregon Symphony as its principal trombonist. Trudeau was professor of Music and Director of Orchestra at Portland State University. He ultimately became dean of the School of fine and Performing Arts there. In addition, he was the conductor of the Portland Pops orchestra. Trudeau came to southern Oregon first in 1955 with the Portland Symphonic Brass Ensemble for a performance at the Oregon Shakespeare Festival in Ashland. Angus Bowmer, founder of OSF, suggested Trudeau consider starting a classical music festival in the area as a complement to OSF. In 1962, Trudeau, along with Sam McKinney, suggested to the Jacksonville City Council that there be a music festival on the grounds of the former Peter Britt home. The Council reacted favorably. Trudeau served as musical director of the festival as well as the conductor of the festival's orchestra. Originally the festival lasted for two weeks. However, by the time of Trudeau's death November 3, 2008, the it had grown to a summer performing arts event from June into September, featuring top names in classical, dance, pop, rock and musical theater. VF Jacksonville - Britt Music Festival Wikipedia 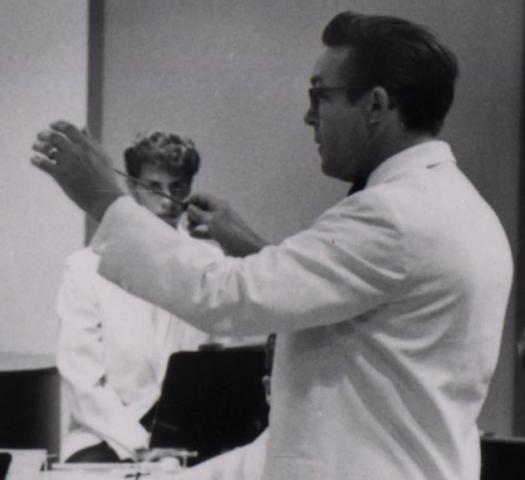